You may have heard about the death of David Bowie and wondered who he was and why he was so important?  Some may already know but for the people that don’t know the rock icon, here’s a bit about him. 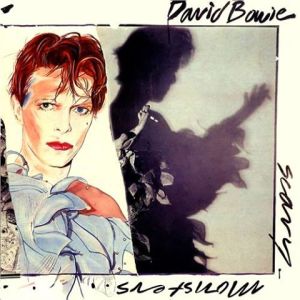 David Bowie was a singer and songwriter born January 8th, 1947 in London, England. He grew up listening to artists from the 1950’s such as Frankie Lymon and the Teenagers, The Platters, Fats Domino, Elvis Presley, and Little Richard. As a kid Bowie realized “the power of music” and how much it affected people. His older half-brother Terry Burns also introduced him as a preteen to modern jazz artists such as Charles Mingus and John Coltrane.

At age 15, Bowie formed his first band The Konrads that played mostly rock n’ roll at youth gatherings. After that Bowie played in a numerous bands until he eventually recorded his first solo album under his own name in 1967, a debut which was a compilation of pop, psychedelia, and music hall.

Five days after the launch of Apollo 11 in 1969 his second album which included the single “Space Oddity” reached top five songs in the UK. In 1970, Next, Bowie released the album “The Man Who Sold the World” which referenced paranoia, delusions, and even schizophrenia. This album created a stir due to the album cover featuring Bowie in a wig and dress.  He began to be interviewed wearing similar outfits, continuing to display this persona.

After observing proto-punk artists Iggy Pop and Lou Reed, Bowie developed the fictional character Ziggy Stardust forming the “ultimate pop idol”. His girlfriend recalled his “scrawling notes on a cocktail napkin about a crazy rock star named Iggy or Ziggy” with the intentions of him looking as if he was from Mars. He later played a show with Spiders from Mars and showed up at a stage show with his hair dyed reddish-brown in a shocking outfit. He later explained “Offstage I’m a robot. Onstage I achieve emotion. It’s probably why I prefer dressing up as Ziggy to being David.”

In 1974 Bowie moved to the US where he released two hits “Rebel Rebel” and “Diamond Dogs” that clearly cemented his fame in the US and UK. In 1977, Bowie released “Heroes”, a song that took a more of an instrumental approach and experimented with newer instruments and synthesizers. “Ashes to Ashes”a number one hit from the 1980 album “Scary Monsters” signalled another decade and direction (New Wave) for Bowie.

Already famous, Bowie paired up with Queen in 1981 which produced the hit single “Under Pressure”. He eventually put his solo career to rest in 1989 but released several more albums up until his death January 10, 2016.  His final album, “Blackstar” came a week later, debuting at number one on Billboard record chart.

One of the reasons why he was so important was his large influence and contribution to rock sub-genres pop and glam. Without David Bowie, modern day pop would not be the same.   He also was a model for bisexual and homosexual cultures. Throughout his life and career he confused those who tried to identify his sexuality in one particular fashion.   Over five decades now, David Bowie was clearly a large influence in modern music and the culture.