Art of The Graphic Novel Brings out Artist in Lee 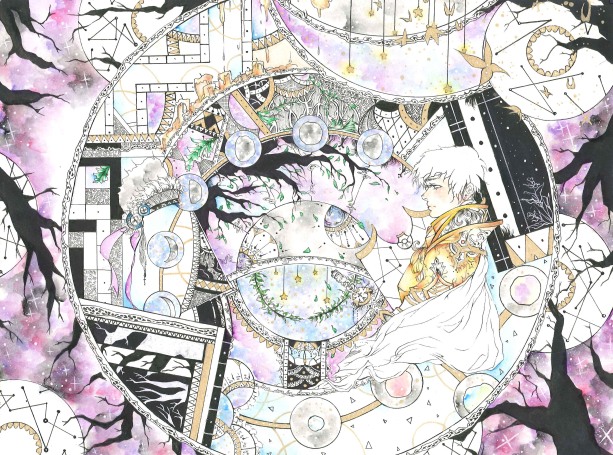 Freshman student Aphrodite Lee is one of Kennedy’s young, talented artists, and The Clarion is lucky enough to be able to feature some of her artwork in this issue.  Lee participates in many activities within John F. Kennedy, including JFK Band, Colorguard, and the PACE program. In addition, Lee is currently taking a 7th period class known as Art of the Graphic Novel, which can be taken through the ASSETs program. Art of the Graphic Novel is a 7th period class focusing on creative writing. Students analyze an array of non-fiction writing from writers and artists, and short stories in graphic novel format. In addition to studying others works, they compose their own narratives and illustrations to share among the other students in the class, which is greatly valued in this course. We were able to interview the extraordinary student and ask her a bit about her interest in art.

As a student in an art class, it is natural that Aphrodite Lee expressed her talent for drawing. “I have been drawing for a long time, since I was about one year old, but only about three years ago did I begin to take it more seriously.” According to her, her style of art is greatly inspired by other artists such as Tsukiji Nao. Like most artists, there are certain subjects that are both often illustrated and subjects that are least favorable to draw. “I find myself drawing girls most often,” Lee stated. Inversely, she reports, “I personally hate drawing hands the most. They’re very tricky.” 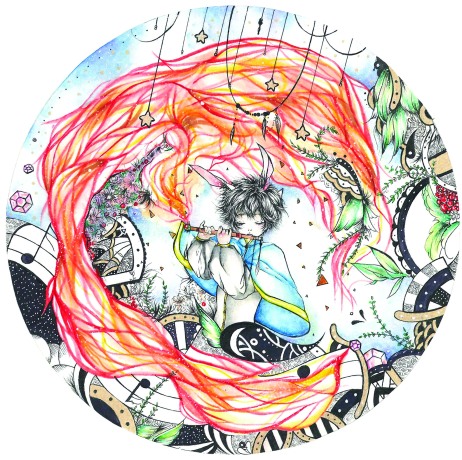 Lee’s decision to formally take Mr. Phanthai’s 7th period class was influenced by a balance of convenience and interest. She stated, “I don’t get picked up from school early, and so I decided to do something useful with my time and join a 7th period related to something I am passionate about.” She did not specify what exactly she does when she isn’t drawing, but makes it clear that she spends her free time on other pastimes. Like most young students, when asked about what she plans to do in the future, she claims, “I haven’t quite decided on what to do in the future.”

As a seasoned teacher, Mr. Phanthai finds value in blending together academics and the aspect of art and creativity. “Add the two together and it’s a win-win for everybody.” He expressed that this class is very fun to teach and to be taught in. When asked if there was a particular element that made the classroom stand out, he responded, “Student talent! I am always amazed by my students creative talents and illustrations.” Upon initially teaching the class, he wanted to make it so that writing would be as valued as artwork. Mr. Phanthai plans on adjusting the class in the near future in a new and interesting way.

Next year, Mr. Phanthai plans on changing the class to focus a bit more on the creative side of literature. “This class may focus more on poetry study and poetry writing and illustration.” Even after adding in poetry, the class will continue to flourish and, “…morph into something new and exciting.” By his trusty word, Mr. Phanthai recommended, “Any student who is looking for a fun and relaxing atmosphere should take this class! Students who enjoy writing poetry, short stories, and illustration should definitely sign up.”

Tagged as: art, art of the graphic novel, student spotlight