See Pictures Down Below:

Another Senior Showcase was staged in the auditorium at Kennedy this year, and the performances by JFK’s talented students were as impressive as ever. All of the performers put a lot of thought and hard work into their acts. The atmosphere was extremely positive and the audience was supportive of every performer. All in all, it was great. Kudos to the seniors who set the night up.

Students (acts) who performed on December 9 are listed below.

Nile Brown and Eve Greenlow- reading “The Night Before Christmas” 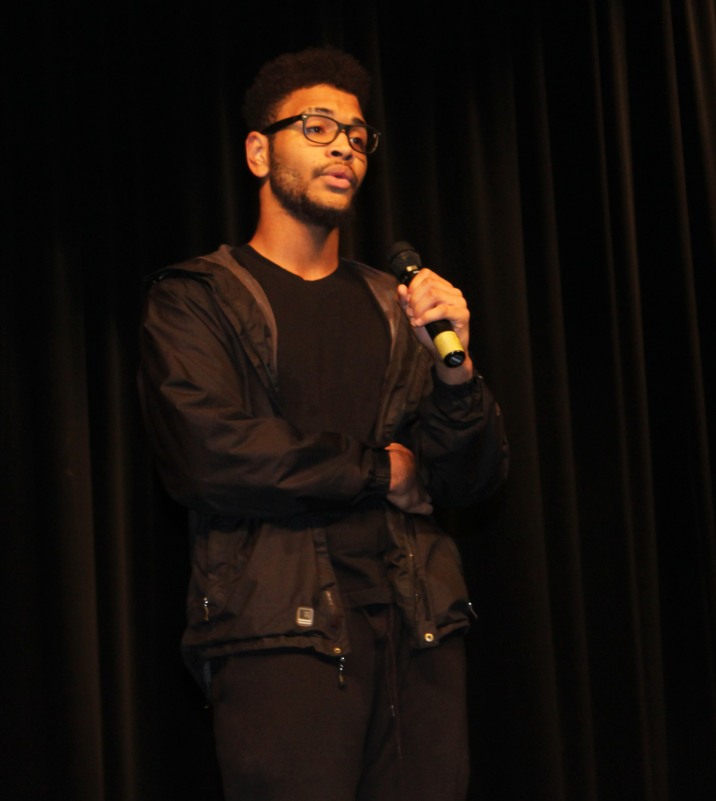