“Man, Kennedy? More like Kennedon’t.”  Ken D. Bailer, a freshman, says. He misses the excitement that he was promised when he came to Kennedy. “I was told there would be grand fights, spanning three floors! Too bad campus security is too good for students. I’ll move to McClatchy, they don’t have the potential for big fights but at least they happen.” 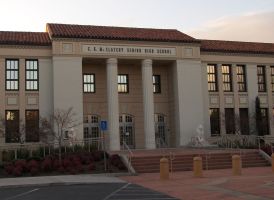 Many freshman agree that Kennedy hasn’t shaped up as they expected.  A majority of the new ninth graders came to Kennedy expecting many great things, only to let Kennedy “disappoint” them in almost all of their expectations.  A poll done by The Claritin shows 64.3% of all 636 freshman want to leave Kennedy.  Top reasons include: “Not enough traffic” (42 students), and “Too little gum on campus floors” (36).

Some students feel the staff is too kind and accepting. “Mr. Andrews keeps asking me to join some balding tolerance club,” admitted Pinky Du, a freshman who suffers from hair loss. “The offer to possibly regrow my hair for free is too generous and honestly, I don’t want people to see my natural hair color, which may or may not be pink. I’m gonna run away from my problems and go to McClatchy.”

“Kennedy disappoints me as much as when I bought six ultra deluxe copies of No Man’s Sky.” Bailer ranted, “For example, we get too much sun here.  It drives me crazy.  I heard sun gives you cancer. I don’t like cancer! Another reason to move to McClatchy.  The whole campus doesn’t get any sun.  Man, I can’t go like this forever. Kennedy sucks!”