One of the newest clubs on the campus is Girls United Club.   The mission of the club is to inform and educate Kennedy students as well as raising awareness on women’s issues in modern society through various activities. 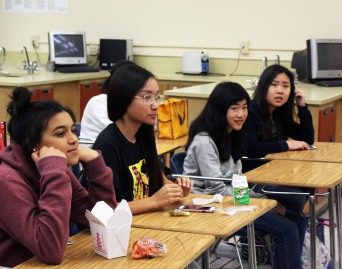 Girls United was started by a group of students who formed a cabinet and mission before they found an advisor aptly suited for their charge, Science Teacher Mrs. Fugina.   Her prior experience working for Women’s Empowerment made her a good match for the new club. Mrs. Fugina stated, “The Girls United Club is important, in that it raises awareness and education of women’s issues on campus as well as provides support and tools for young women here to support each other.”

Mrs. Fugina described the services provided by Women’s Empowerment.   The  organization helps homeless women get the services they need to get themselves and their family out of the homelessness. These services help with housing, job training, and resume building. Mrs. Fugina received this job through an organization called Jesuit Volunteer Corp. She worked there for a year, spending most of her time in the early education program. Mothers were able to drop their children (0-5 years old) off and they were provided early skill opportunities. 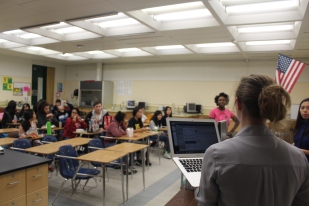 Mrs. Fugina said the job was challenging but she helped the women with difficulties in the their lives, such as domestic abuse, childcare and economic opportunities. It’s important for men and women to support each other in an effort to reduce these challenges.

Mrs. Fugina took another job in Sacramento at the California Child Development Administrators Association and she advocated for high quality state funded childcare programs for low-income parents and families. They helped to lobby for state laws that would help increase the quality of care for single parents, especially single mothers.

“We hope to reach out to the community organizations in the future to help support them at well as learn from them,” she added.

The Girls United Club is not a national organization; it is unique to Kennedy, several students in the club stated. When they hold their weekly meetings, they pick a topic to work on for the month. They do small activities like trivia. This month, they drew a person and put a sticky note on the part of their body that they like the most about themselves. A future goal of the Girls United Club is to reach out to the community. Another goal of theirs is to collaborate with other clubs in the school because their group is still new and growing in size. 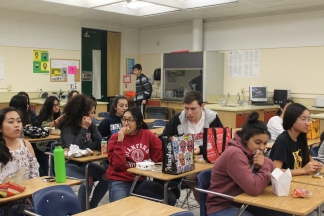 The club meets Mondays during lunch in B28, all are welcome.