Kennedy senior, Jaycob Boissonneau is shown successfully keeping the ball away from an opponent during a line-out in match against Sacramento Eagles on March 10. Photo by Matiana Tepa

Kennedy sophomore, Caleb Beams pictured in silhouetted battle for control of the ball against Christian Brothers on March 31. Photo by Samantha Johnson 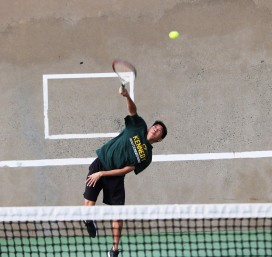 Kennedy southpaw hurler Luke Adel, stretches as he prepares to release a pitch to the opposing batter at March 13 home game against Monterey Trail. Photo by Saeri Plagmann 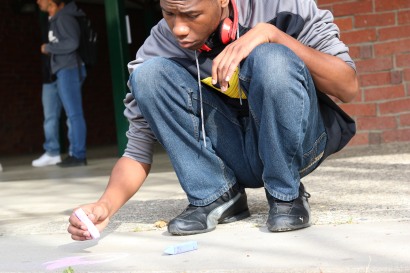