This year’s valedictorian and salutatorian, Matthew Lin and Erinn Wong respectively, have been announced.

Traditionally, the class valedictorian and salutatorian give speeches at graduation ceremonies. This year, the school decided to hold auditions for any senior who desired to speak at graduation. 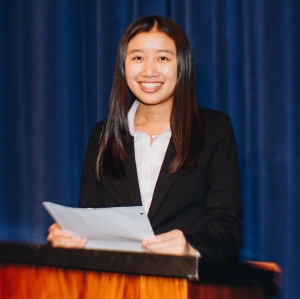 Wong, though not selected to speak, felt the call to share her message with her peers.

In the speech she wrote, Erinn listed some of the things a conforming society told her to do. (See jfkclarion.com for more of Erinn’s words)

Ultimately, what brings the community together is everyone’s differences and individualism.