Tuesday, September 19, Clarion staff members underwent a training exercise in which they explored the campus through their cameras during first period. Some may have encountered our photographers during the morning.

The leaf arch was an unusual feature rising high in the bush. Through the arch, a flower and the roof of the G wing are visible. (Photo by Sophia O’Neal-Roberts) 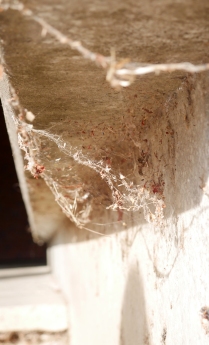 There were many places that people overlook on campus, one being under a bench outside the library. I figured that photos should be taken of places where people never considered looking. The cobwebs that clung to the cement with dust and trash cast a shadow just visible under the seat. (Photo by Saeri Plagmann)

This shot was taken after I stepped into a bush full of spider webs and trash. The ivy clinging to the trunk of the tree gave me the inspiration to take a shot from an unusual angle. Several attempts were made to get into the perfect position before the actual photo was taken. Unlike regular trees in the quad, the ivy leads the viewer to follow it up towards the tree. (Photo by Saeri Plagmann)

When I was walking towards the tennis courts, the “1” on the first court called my attention. The sign is a reminder that win or lose, we are always number one. (Photo by Miya Murata)

This scene caught my eye after the sun shone through and reflected on the vibrant green trees. (Photo by Miya Murata) 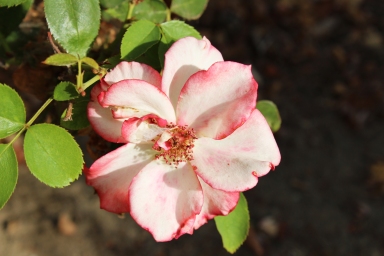 This flower reminded me that even the prettiest things have flaws. In the center of the flower, there is a spider web. (Photo by Miya Murata)

Physical education students run around the track during first period. Runners of different speeds were dispersed between the foreground and background. (Photo by Enia Chanthapaseuth)

As students enter the front of the Kennedy Campus, they are greeted by this familiar sign surrounded by a garden kept green by students. Standing high, bright, and proud, our sign shows our school spirit and welcomes everyone onto our campus. (Photo by Karissa Jones)

As you enter the Kennedy Sports Stadium this mighty cougar poses for all who enter. Whether for a big game, or a hardworking practice, the cougar welcomes all with its fierce look and ready-to-pounce attitude. (Photo by Karissa Jones)

The long walkway at the base of the stadium stands clear of students. By day, the passage is only filled with students doing outside activities, waiting for evening to arrive to be filled with roaring fans and a show to watch until the next morning when it is once again empty and silent. (Photo by Karissa Jones)

JFK students keep a small garden located in the back of the D wing. Soil is prepared for planting in the near future. (Photo by Makayla Smith) 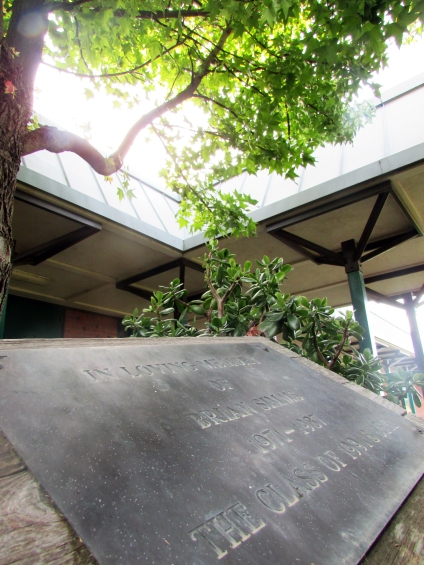 Bathing in sunlight shining through the trees, this memorial honors former Kennedy student Brian Simms. The stone is engraved, “In Loving Memory of Brian Simms from 1971-1987.” He was part of the class of 1991. (Photo by Makayla Smith)

Vintage Coca-Cola advertisements and patina showcase the memories forged on the field by generations of Kennedy sluggers. (Photo by Dominic Larsen)

A stack of tires lay in wait as the M.A.D program students tinker away on next generation robotics and donated automobiles. (Photo by Dominic Larsen) 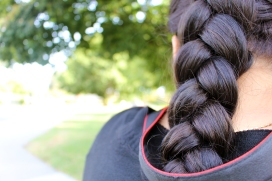 Capturing her classmates’ antics, Aryanna Zavala-Cortez (12) faces forward with her hair in a braid placed under her camera strap. After a summer of leisure, she practiced her photography with returning comfort. (Photo by Cynthia Dominguez)

Waiting patiently for the return of their students, the bikes sit in the cage. An overflowing multitude of bikes claims the space in front of JFK, a larger amount than seen in previous years. (Photo by Cynthia Dominguez)

Hands spread to his sides and behind him, Ricardo Arnold-Silva “Naruto runs” at his first period P.E. class. (Photo by Chris Wong)

Gazing into the library plaza, Eddie Rodrigues (9) wonders where his life will go as he progresses through his classes. “You can do it,” Eddie said to himself. (Photo by Bruce Tran)

Flying off the presses and into the hands of Kennedy’s diverse student body, the Clarion records all aspects of life on campus. (Photo by Aryanna Zavala-Cortez) 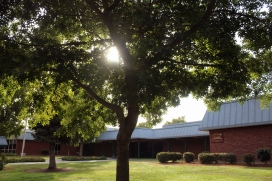 It’s that time of the year when the leaves begin to fall and the weather changes throughout the day. The day started off as a cold one but quickly turned into a beautiful sunny day. Students are enjoying this weather because it can only mean the holidays are well on their way. (Photo by Aryanna Zavala-Cortez) 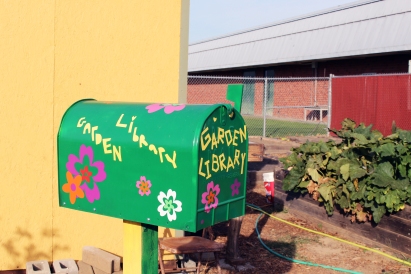 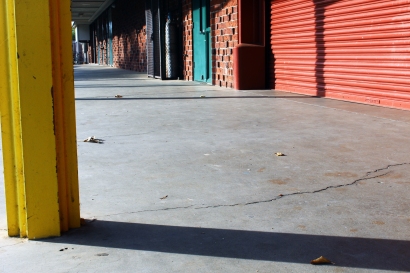 Early morning classes in session leave an empty E-wing hallway, kept warm by the sun in the absence of the almost constant flow of students. (Photo by Adrianna Iorio)