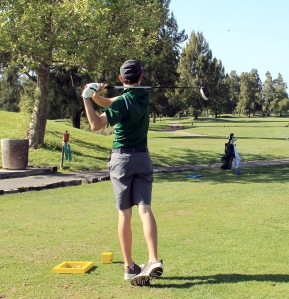 Kennedy’s Golf team has had a very successful season by going undefeated. They have won the Metro League title, the sectionals tournament, and qualified for Masters.

“We went on to Masters which is probably the highest achievement that Kennedy golf has ever received. We became the second team in Kennedy history to advance to Masters, the last being two years ago. Even though we played pretty bad that day we still felt very accomplished to get that far in the season,” said Lo, reflecting on how the golf season went this year.

Members of the team expressed how much they enjoyed being on the team together for the last, but most successful year.