The Kennedy Boys and Girls basketball 2018-2019 season has officially ended, Kennedy Cougars (Varsity, JV, and Freshmen) can now look back over the season and reflect on their performances, and how they were able to build a strong foundation despite some bumps in the road. 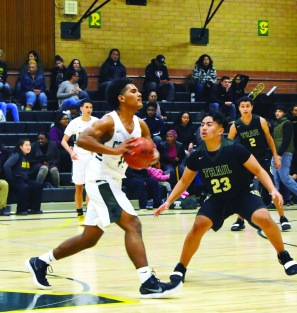 The Varsity Boys team record as of Feb. 5 was 15-12, and 6-5 in metro competition keeping safely above .500 for most of the winter season. The teamwork between each teammate was evident on and off the court. Varsity basketball player Class of 2019 Cristian Johnson says “This year we were able to improve our overall and league record from the previous season.”

This year the team won both rivalry games against McClatchy decidedly (83-53) and (63-42).   Johnson recalled another important contest, “Our best game this season was our very first. We ended up losing in overtime, but we battled our way back from a 20+ point 3rd quarter deficit against a ranked team and showed resilience. We had a lot of setbacks this year which included the flooded gym, losing players, injuries and grades, but we still managed to complete the year above with a record above .500.”

Girls Varsity basketball has a overall record of 9-15 as of Feb. 5 and metro league of 4-7, putting their all out on and off the court working together. Working hard trying to exceed their personal and team expectations finishing the basketball season with dignity and honor, Coach Nakamoto says “They definitely improved in that area. Every season we try to do a ‘bonding’ Tournament when they came back they were much closer. What could they work on… There is so much to learn in this game… Just working on the simplest of skills would help.” 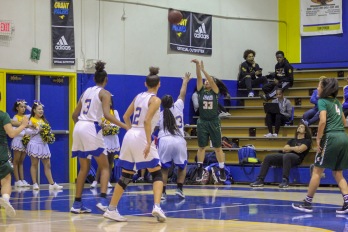