In 2019, John F Kennedy High School introduced two separate lunches due to an excessive amount of fights at that time. While the separate lunches seem to have reduced fights and given everyone a chance at getting lunch by shortening the lunch lines, they also caused problems such as separating students from their friends, disrupting club schedules and causing wariness between parents and future students due to concerns of safety. One single lunch would solve most of these problems.

Split lunches disrupt one of the most important aspects of going to school, which is seeing your friends. Lunch is one of the only times students get to see their friends throughout the whole day. It is the only large break in a six hour school day, and it should be as refreshing and relaxing as possible so students can stay focused for the rest of the day and finish the day with enough energy. Teachers, especially those with third and fourth periods, often have to struggle with students leaving class to see their friends during lunch. With a single lunch this problem would be resolved. 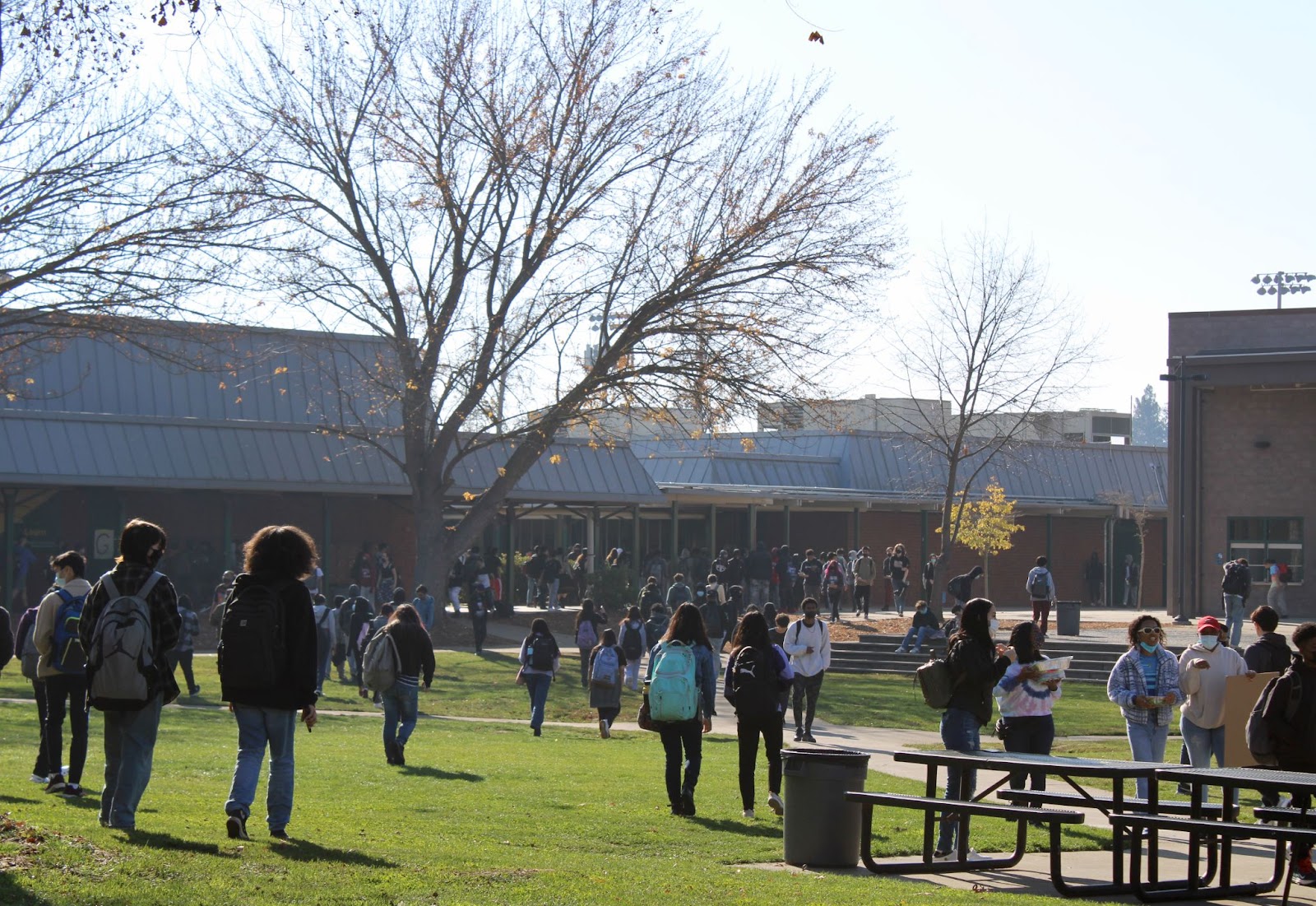 Split lunches also affect another aspect at Kennedy which are clubs. Since separate lunches split students up, some clubs don’t have the chance to meet with their own members at lunch because they have different lunches and can’t just leave their lunch.

Other schools around SCUSD also don’t have split lunches, most notably, C.K. McClatchy High School. If Kennedy has split lunches and McClatchy doesn’t, this could be a big selling point and the difference between a middle schooler deciding between Kennedy or McClatchy. McClatchy has long been known as a friendly rival here at Kennedy in academics, sports and other programs e.g Program in America and California Explorations (PACE) for JFK and Humanities and International Studies Program (HISP) for CKM.

Getting rid of divided lunches could show that Kennedy has moved on from the fall of 2019 when excessive fights caught the school by surprise. If we don’t end divided lunches, parents that want to enroll their children in Kennedy will continue to think that Kennedy is unsafe and in turmoil.

Another reason that some still support separate lunches is because of the COVID-19 pandemic and that separate lunches would help reduce the spread of the virus. While this may have curved the spread a little, lunch was never that crowded in the beginning. Most students do not gather in the same place every day; they usually fan out all over the school like in the quad, classrooms and the cafeteria. Also, with COVID-19 cases decreasing at the time of writing this, it is only rational that we begin to bring back some of the most wanted features back to Kennedy.

One single lunch wouldn’t just benefit students, it would benefit the entire school and give Kennedy a boost in spirit. We cannot continue to act as if we are still in the same position that we were in three years ago. Bringing back one single lunch would be a big step forward and one step closer to normalcy.